A film decades in the making

I have been telling this story since I was six years old. When Dad first vanished, the story helped keep him near me. If I couldn’t have him by my side, I could at least keep him in my mind and in the minds of everyone around me by talking about the mystery of his absence. All I had to do was tell someone my dad had gone to the Gran Sabana and had yet to return and I would have their undivided attention. Adults often stared with a blend of guarded curiosity and compassion. Children’s eyes were full of unbridled interest, their mouths spouting endless questions I had no answers to. They would sometimes share what some of the adults said when I was no longer around to hear them. In whispers, classmates and neighbors would tell me their parents thought my father was gone, lifeless at the foot of some ancient tree. They’d tell me he’d run off with another woman and had a new family now, that he’d gone off to Argentina to begin a brand-new life. His love, which felt so undeniable in my memories, had not been strong enough to keep him by my side.

The rumors reached me like a game of telephone with the embellishments and mistranslations of children trying to process grim realities. The most crippling of all came from a friend. With her face full of earnest concern, she explained that her mother said unless I stopped thinking about my father, I would go insane. Madness looked to my young mind like the eye of a gray hurricane inside which all my thoughts would forever revolve at some unspeakable speed around a dull red center. The more I tried and failed to avoid thinking of my dad, the more the looming possibility of disappearing into the hurricane would haunt me. 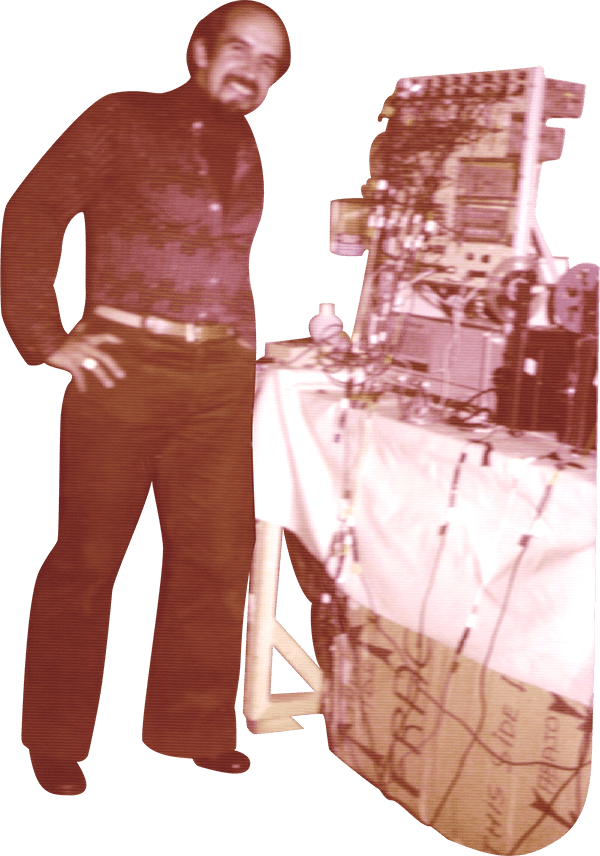 Dad’s first invention combined Super 8 images, sound, and biofeedback technology to respond to a user’s state of mind. If the user was anxious, they would be presented with images and sound to bring them to a peaceful state. 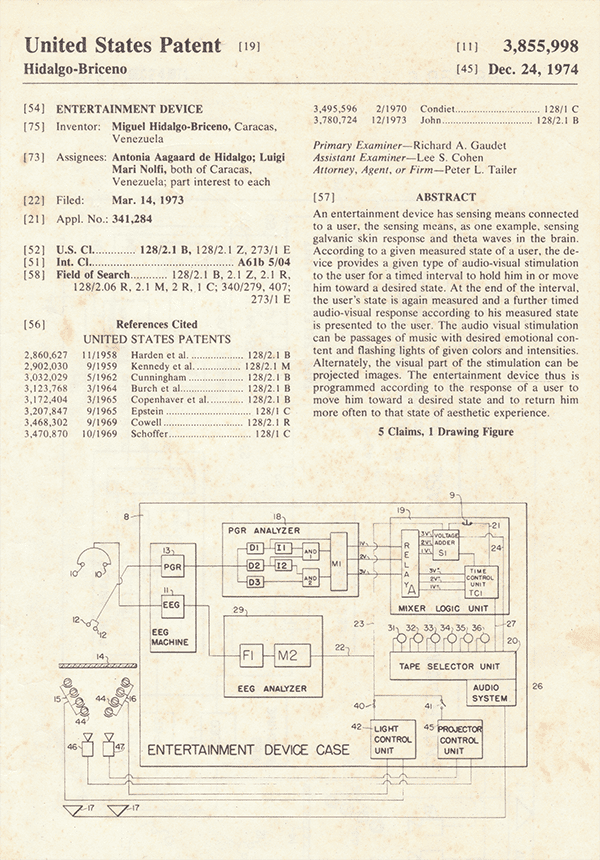 Dad’s first invention was patented in 1974, but the promoter he hired to find investors for his prototype didn’t do his job and never returned the prototype. After much frustration, Dad began to work on his new invention. 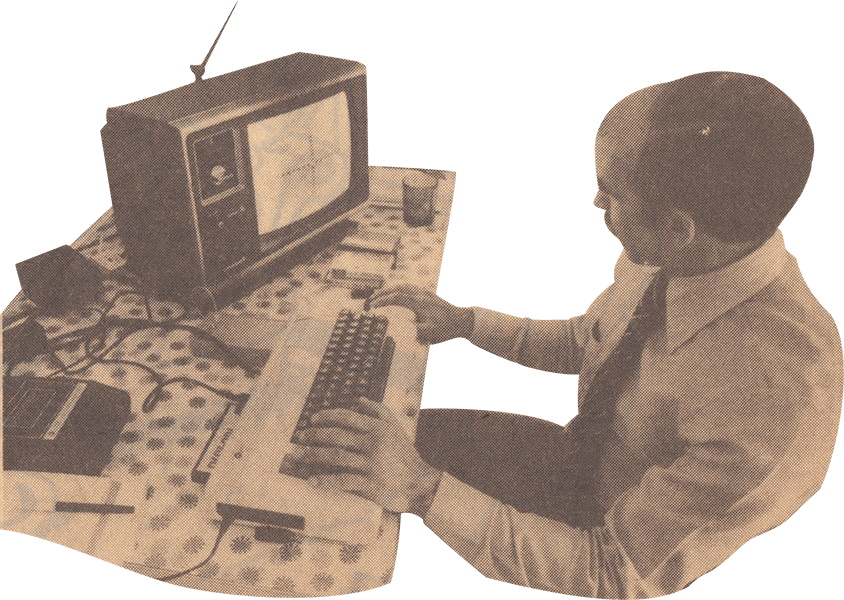 When Dad vanished, he was working on his second invention, which used a Commodore VIC-20 computer and biofeedback to create Atari-style video games that could be won by reaching meditative states.

After two years of fearing I’d end up lost inside fierce, circular winds, I emerged determined to take control of the narrative about my father and myself. I come from a long line of writers of varying levels of success, the latter something I was unable to measure at the time. All I knew was Dad’s and Grandmother’s books lined my childhood bookshelves and I wanted a tome or ten of my own to stand by theirs. As an eight-year-old I told my mother I was going to write a book about Dad and that it would be at least 200 pages. She smiled—a little sad, a little amused—and said maybe I could write something shorter to begin with. I never did write a childhood version of this story. I became an investigator instead, asking questions over and over until those who were protecting me from the morsels of truth they held relinquished them. I turned my decades of research into a 700-page (single-spaced!) document filled with our family’s history and every clue I’d dug up about my father’s life and vanishing.

The story palpitating within those pages has taken many shapes. I wrote various unfinished novels and an even more unfinished memoir. I was well into my career as a filmmaker when I realized I needed to turn the story into a documentary. A documentary allows me to bring to life the disparate traces my father left behind: his voice on tape, the patent to his invention, his illegible manuscripts and published writing, hundreds of family photos, the Super 8 footage of him line dancing in the Hamptons. And then we have the voices and faces of those who were left to make sense of his vanishing. One thing I realized as I grew older is, as much as my child self wanted to take control of the narrative, it isn’t my narrative. It’s a collective narrative, belonging to those who knew and loved my father. Onscreen, I can create a space in which we share him with audiences in the same way we dealt with his absence: together. Not always united and in agreement, but still together.

I wanted to make a film about storytelling and how our families shape the stories we want to weave with our own lives. As we figure out who we want to become, we must make sense of our ancestors’ lives and choices, a complicated task since we only have a few of the pieces needed to discern who they were, but that’s half the fun. The humans we reconstruct are a blend of fact, love, and imagination, which is perhaps not so different from what we have to create our own lives. I hope that as you watch this film, it will remind you of your own family’s secrets and idiosyncrasies and how they have and will continue to shape who you are and who you want to become. The enigma my father left me was as much an invitation to try to understand myself as it was to understand him, and for that, I will always thank him—in how I live my life and at 24 frames per second.