Unlike many films and TV shows about people of color produced by mainstream media, A Family of Stories is a film told by those who best understand the story because they are living through it. We are extremely fortunate to have on our team some of the most talented and successful Venezuelan filmmakers working today. Hover and click over the photos below to learn about them. 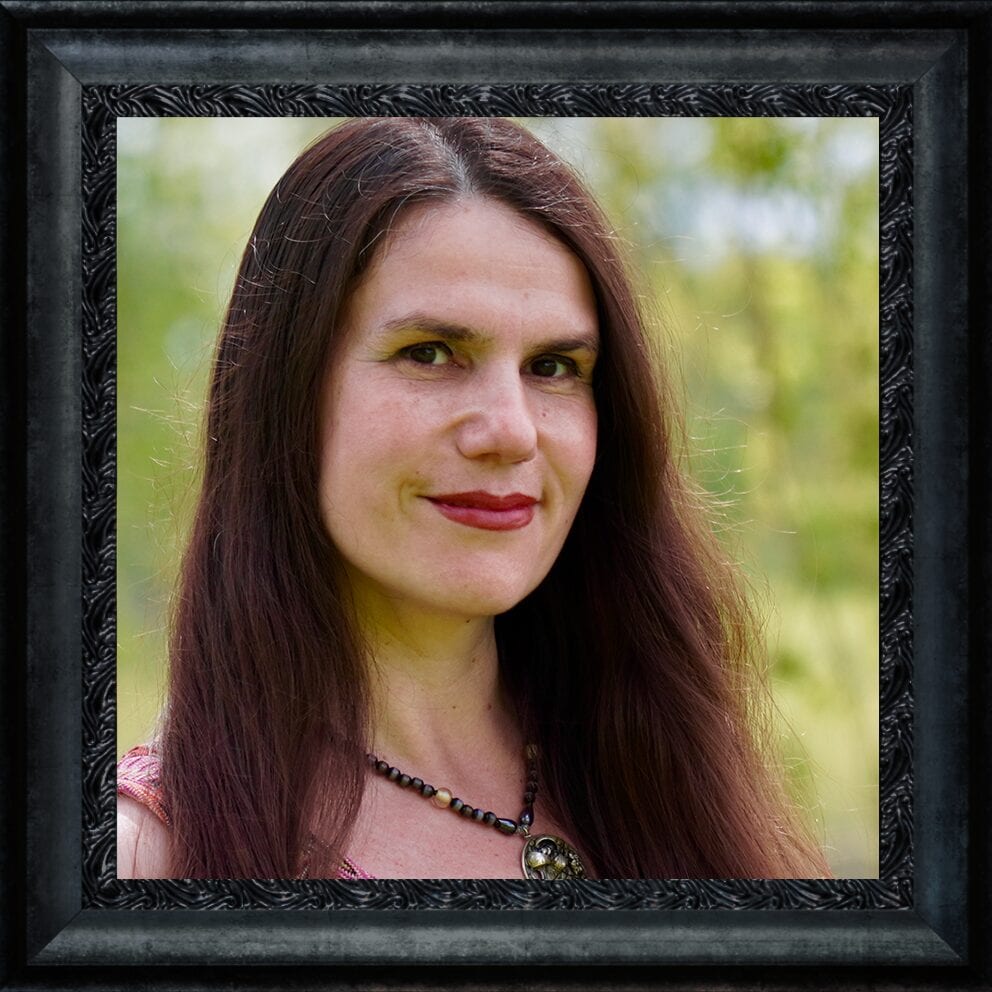 Alexandra Hidalgo is an award-winning Venezuelan filmmaker, memoirist, film and TV critic, and editor whose documentaries have been official selections for film festivals in 15 countries and been screened at universities around the United States. A Family of Stories is her second feature as director and producer. Her short documentary Teta has been selected for 30 film festivals and won 8 awards, including best short documentary at three festivals. Her videos and writing have been featured on The Hollywood Reporter, IndieWire, NPR, The Criterion Collection, and Women and Hollywood. She has a PhD in English from Purdue University and an MFA in Creative Writing from Naropa University and is associate professor of Writing, Rhetoric, and American Cultures and co-director of the Doc Lab at Michigan State University. Her video book Cámara Retórica: A Feminist Filmmaking Methodology for Rhetoric and Composition received the 2018 Computers and Composition Distinguished Book Award. Her academic video essays have been published in Enculturation, Kairos, Present Tense, and Peitho, among others. She is the co-founder and editor-in-chief of the digital publication agnès films: supporting women and feminist filmmakers. 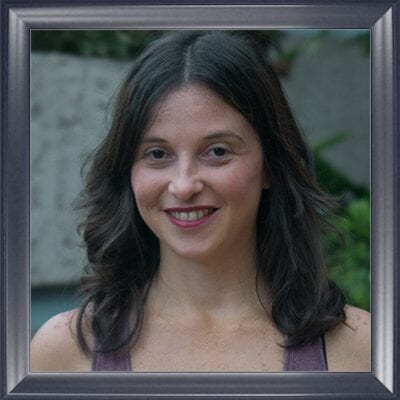 Venezuelan producer Natalia Machado is a co-founder of La Pandilla Producciones, one of the most renowned media production companies in Venezuela. Since 2004, she has produced five feature and short films alongside her husband, the acclaimed director Gustavo Rondón Córdova. Their collaborations have screened at Cannes Semaine de la Critique, Tribeca, Berlinale, Biarritz, Mar del Plata, San Sebastian, Toulouse, and Havana, among others. Their latest film, La Familia (2017), has screened at over 60 film festivals in 27 countries and received over 40 awards. Natalia has worked as producer for TV spots and corporate videos and as the local Venezuelan producer for a number of media companies, including Cuatro Cabezas, Endemol, and Nippur Media. The content they created together has been screened on MTV, the History Channel, Discovery Channel, HBO Latinoamérica, and TNT Latinoamérica. Natalia studied Communication at the Universidad Central de Venezuela and Film Production at the Septima Ars Digital Television Film School in Madrid, Spain. 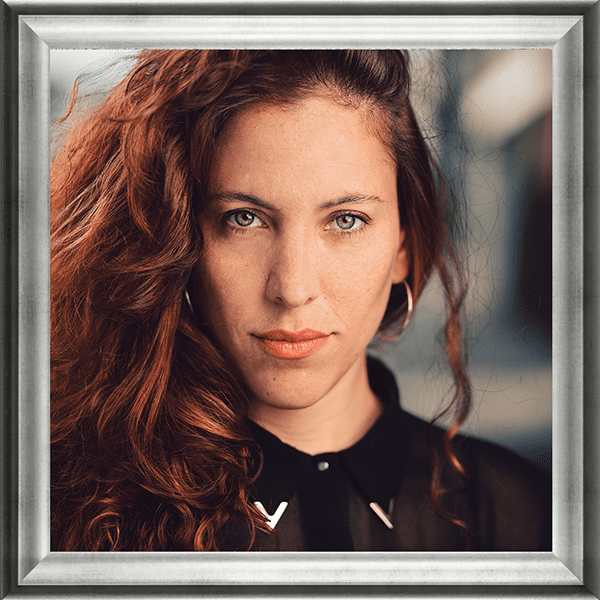 Born in Caracas, Cristina began her career as an editor in the acclaimed Venezuelan film and TV production company, La Pandilla Producciones. Recently she edited the comedy Re Loca, the second highest-grossing Argentinian film released in 2018. She also worked as co-editor of La Familia, a feature by Venezuelan director Gustavo Rondón Córdoba. Since premiering at the 2017 Cannes Film Festival’s Semaine de la Critique, La Familia has gone on to screen in over 60 film festivals and it was selected by Venezuela as its official nomination for the Academy Awards Best Foreign Film category and for the Goya Prize. Since moving from Caracas to Buenos Aires in 2007, Cristina has edited six feature fiction films, three feature documentaries, and various TV documentaries and shows. Her collaboration with Simón Franco includes editing two feature films—Boca de Pozo, the opening film for Pantalla Pinamar, and Tiempos Menos Modernos, which screened at Montreal, London Latin American, and Mannheim, among others. She has a BA in Communication from the Universidad Católica Andrés Bello in Caracas and a BA in Film Editing from the Escuela Nacional de Realización y Experimentación Cinematográfica in Buenos Aires. 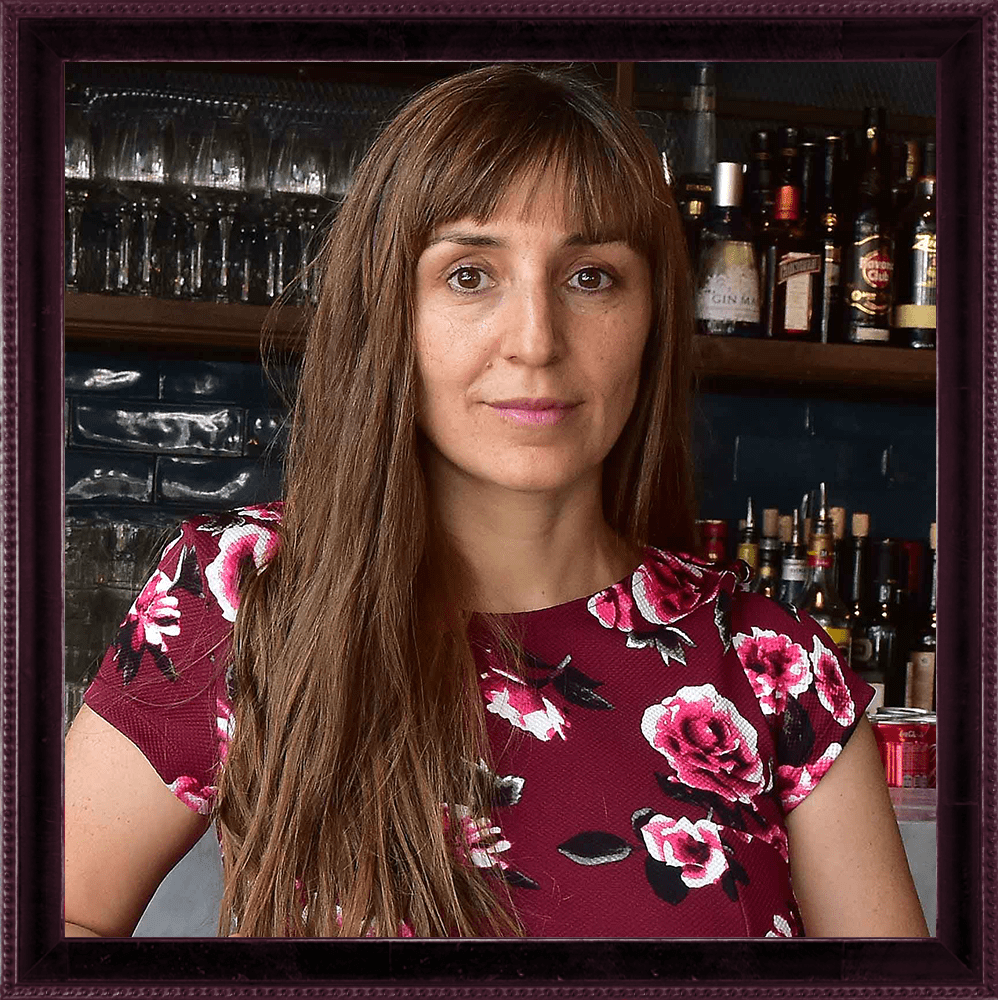 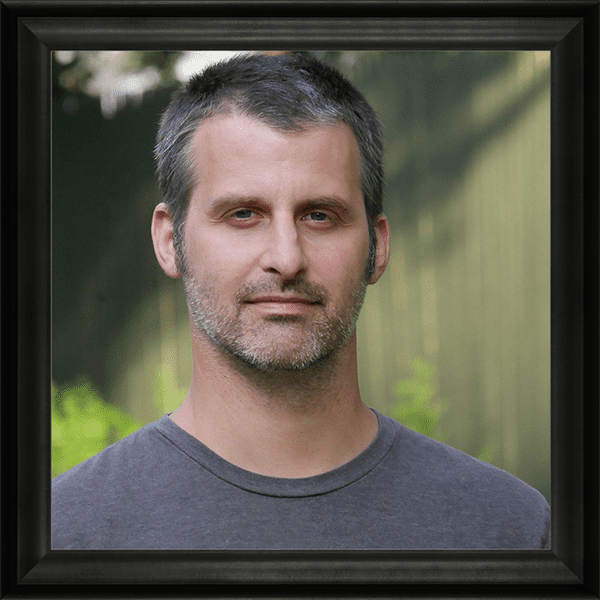 Nathaniel Bowler has been making films in collaboration with his wife and creative partner Alexandra Hidalgo since 2004. His director of photography work includes Teta and William and Santiago Simultaneous, two documentaries that have collectively been screened at 25 film festivals, as well as universities and academic conferences around the world. Teta won Best Documentary Film at Jaipur International Film Festival in India and Best Documentary Short Film at South Film and Arts Academy Film Festival in Chile and at Five Continents International Film Festival in Venezuela, among other awards. He recently worked as a videographer on filmmaker Chelo Alvarez-Stehle’s in-production documentary on sexual violence and as a videographer for the music video for Joseph Arthur’s “The Campaign Song,” a collaboration between Arthur and artist Spencer Tunick. The video was featured on Paste Magazine, New Noise Magazine, and Cleve Scene. His cinematography work on his wife’s video essays has been featured on multiple digital academic journals, such as The Public Philosophy Journal, Technoculture, and Present Tense. He works as a writer, photographer, and social media specialist for a variety of companies located in Venezuela, the US, and England. 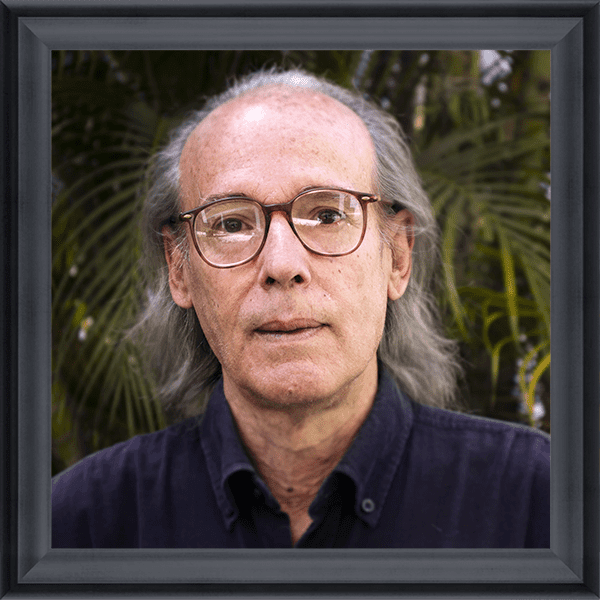 Rodolfo is a Venezuelan composer, musician, and sound and recording engineer who has composed the score for eight documentaries and fiction films. He began his career in 1975 as the musician for the dance and expression workshops by the Grupo Contradanza and as an independent radio producer for Emisora Cultural de Caracas. He performed on the score for the film Bolívar Sinfonía Tropical by the renowned director Diego Rísquez, which in 1982 won the Best Music Award at the first Festival de Cine Nacional in Mérida. Having moved to the Gran Sabana, Rodolfo was a founding member of the Casa de Cultura El Paují, working as a musician for the workshops and presentations of the dance group directed by Nicole Marcel from 1995 to 2006. He composed the soundtrack for three films directed by his daughter, Amanda Pérez, including the short film Respira, which in 2014 won the Best Music Award at the Festival de Cortos de Barquisimeto. That same year he composed music for the short fiction film Eustacia by Camilo Figueroa, which received the Best Director and Best Actress Awards at the Festival Nacional de Cortometrajes Clemente de la Cerda and the Best Short Award at the Festival A Corto Plazo at the Venezuelan French Embassy. He also composed the soundtrack for the 2014 short film El Silencio by César Briceño y the 2016 documentary El Reto del Camino by Rafael Lacau. 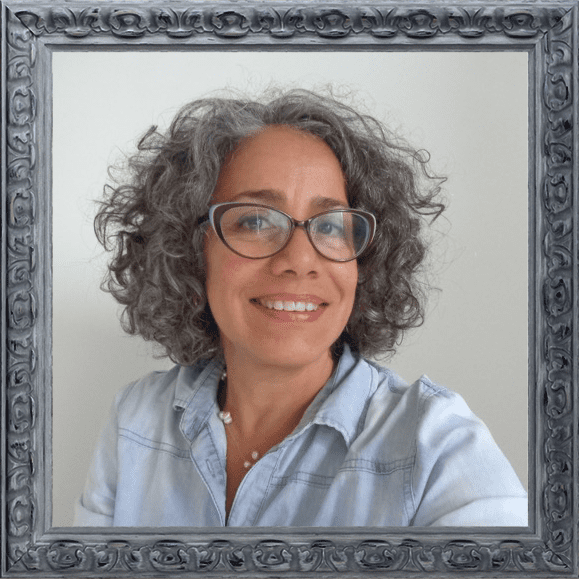 María Carolina Agüero Altuve trained as a publicist at the Instituto Universitario de Nuevas Profesiones in Caracas, Venezuela. After interning at María Cristina Henríquez’s award-winning 1990 feature Luna Llena, she realized that she’d found her professional home in the film industry. She was awarded a scholarship to study at the Instituto de Radio y Televisión Española in Madrid. Since then, she has worked as a film producer in over 20 feature narrative films and documentaries. She was the production manager for the 2015 feature Desde Allá, directed by Lorenzo Vigas, which won The Golden Lion at the Venice Film Festival, as well as Best Film at Viña del Mar and at the Havana Film Festival. She has produced content for TNT Latinoamérica, Discovery Channel, National Geographic, and Pearson Television. She is currently producing Benigno, a feature film by famed director Jorge Hernández Aldana about a Venezuelan farmer seeking to reconcile with his adult children after their family is shattered by tragedy. 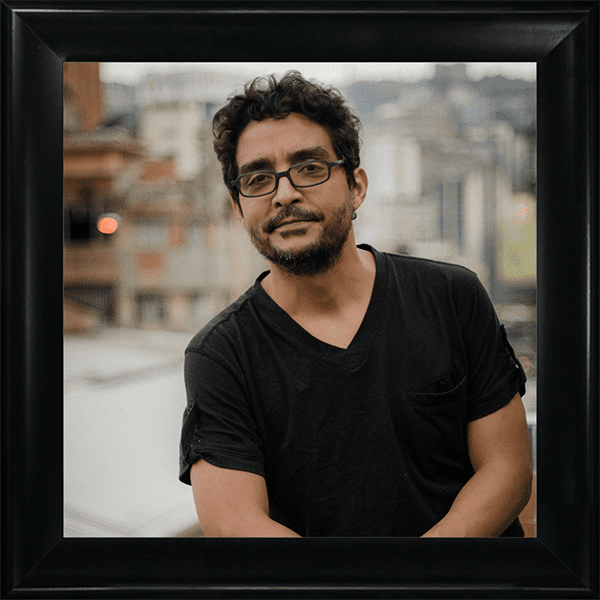 Venezuelan director, producer, screenwriter, and actor Rober Calzadilla wrote and directed the acclaimed fiction and documentary short films Línea Paterna (2006) and El anzuelo y la atarraya (2009). His feature directorial debut, El Amparo, has toured over 50 festivals and won more than 25 awards. It was Venezuela’s official selection for the Goya Prize and it received the Audience Awards at Grenoble, Bogotá International, Biarritz International Festival of Latin American Cinema, and Milan Africa Film Festival. The film screened at HBO Latino in the US. Rober graduated from the Universidad Central de Venezuela with a major in arts and a minor in filmmaking and from the Juana Sujo Performing Arts School with a degree in acting. He is a faculty member at the Universidad Central and at the Escuela Nacional de Cine, where he teaches filmmaking. He is currently producing Un País Imaginario, a feature narrative film that provides a multilayered snapshot of life in Venezuela through seven characters living in Caracas whose lives are connected by the melancholia of a homeland in crisis. 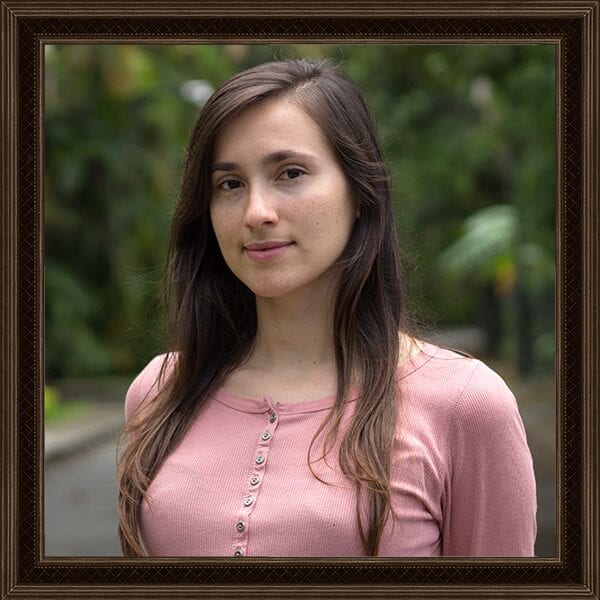 Amanda Pérez is a Venezuelan director of photography, director, and screenwriter. She has worked on multiple documentaries and narrative films. Her short film Respira won 15 film festival awards in Venezuela and Latin America including Best Short and Best Director at Festival de Cortos de Barquisimeto and Best Cinematography at Festival Nacional de Cortos Clemente de la Cerda. In the Dominican Republic, it won Best International Short Film at the Festival Internacional de Cine de Mujeres en Cortos. Her short film Vigilante won Best Actor at the Montreal World Film Festival, among other awards. She has a BA in Audiovisual Media from the Universidad de los Andes in Mérida, Venezuela. She is currently writing the screenplay for her first feature film, Gloria, about a young woman whose final family gathering before emigrating from Venezuela is interrupted by violent political protests. 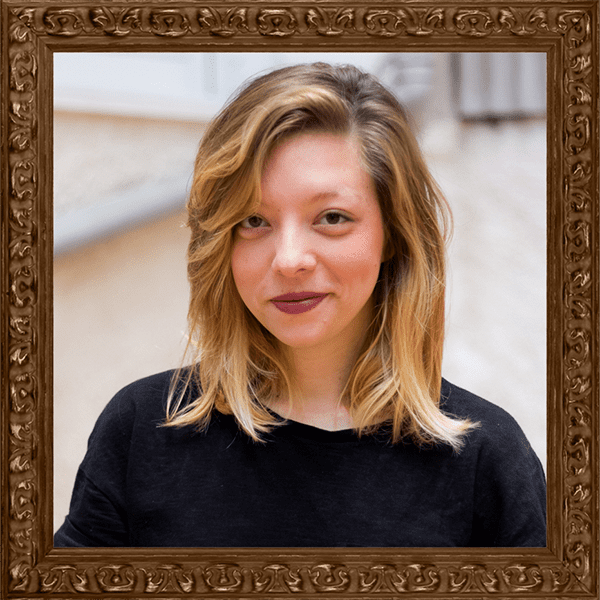 Ana Lucía Salamanca is a Venezuelan/Spanish filmmaker, cinematographer, screenwriter, photographer, and actor. Her 2017 feature documentary (That) I Bring You My Heart, which she directed, filmed, and wrote in various towns in Venezuela, follows the lives of women from different social classes as they perform their daily tasks. She has also worked as assistant director for various films, including Jazmines en Lídice, and Dogma. She has a BA in Filmmaking from the Universidad Central de Venezuela and an MA. She recently moved to Spain and was awarded a fellowship to complete her MA in Executive Audiovisual Production at the Universidade da Coruña. She currently works with PorTocabo, a prominent Galician TV production company. She is working as an editor for a documentary series for La Voz de Galicia, the Spanish region’s main newspaper. Her current directorial project is Carajitos, a feature documentary that portrays the current situation in Venezuela through children’s points of view.

Andrés Rondón is a Venezuelan camera operator and producer. He most recently worked as a video assist operator on Carl Zitelmann’s El vampiro del lago, which premiered in Venezuelan theaters in June 2018 and as a production coordinator for Tuki Jencquel’s feature documentary Está todo bien, which premiered at the Sheffield Doc/Fest. He worked as video assist operator, assistant executive producer, and social media coordinator for Gustavo Rondón’s feature film La Familia, which was released in Venezuelan cinemas in July 2018.He has produced and directed various corporate videos for Innotica Sistemas and worked as an archival material producer for Timothy Tracy’s feature documentary Único Amigo Gringo, which is currently postproduction. He has a BA in Art with a focus on cinematography from the Universidad Central de Venezuela and a specialization in cinematography from the Escuela Nacional de Cine in Caracas. 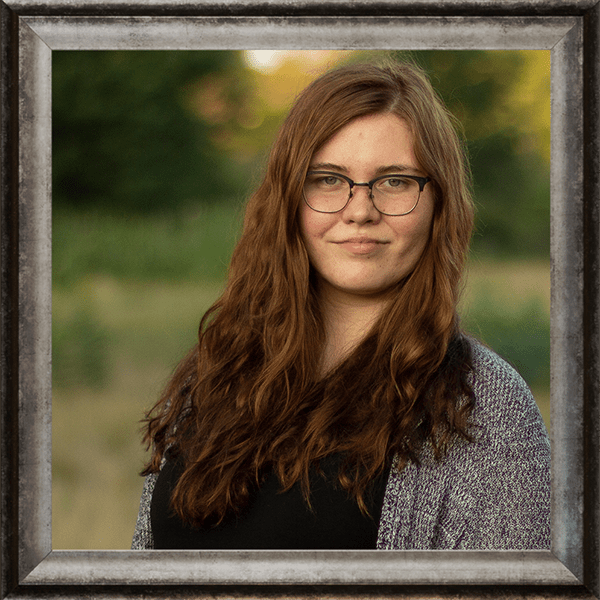 Hannah Countryman is a designer, developer, and photographer. She designed and helped build the updated Sherlockian.net, a portal site with resources on the Sherlock Holmes canon and its film, TV, and theater adaptions. She has also done design work for several of Alexandra Hidalgo’s films and video essays, including the website, poster, and social media graphics for the 2017 documentary Teta, which has won seven film festival awards and was a Best Poster Finalist at Five Continents International Film Festival in Puerto la Cruz, Venezuela. Most recently, she worked as a user experience and user interface designer on a community management dashboard for Steelcase, a furniture company based in Grand Rapids, Michigan, and the Michigan State University College of Communication Arts and Sciences. Hannah earned her Bachelor’s of Experience Architecture and Professional Writing from Michigan State University in 2018.